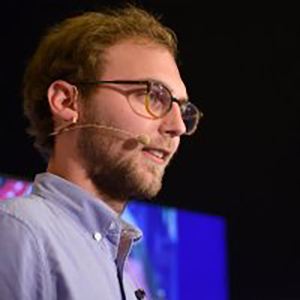 Jean-Charles Samuelian is an entrepreneur. He is the founder and CEO of alan, and was previously co-founder of Expliseat. Coding since 13, he has always been fascinated by technologies that can change industries.

At 23, while still a student, he cofounded Expliseat. Expliseat has revolutionized aircraft seating for economy class through new technologies. With 12 patents, Expliseat has divided aircraft seat weight by 3, generating massive fuel and CO2 savings to airlines, while increasing durability and comfort. It is now flying on several airlines over the world and his in ATR catalog.

He is also the founder of a French think-tank focusing on technology with young leaders where they discuss on how we will contribute to future of technologies and impact society. He is also angel investor on these topics.

He has been awarded the French Industry Medal awarded by French Industry Minister, 2 Montgolfier Prices from French « Society for the Encouragement of National Industry, 30 under 30 in France by « Europe 1 », 100 in European aerospace by « Usine Nouvelle », BFM Business Développement Durable Award.

He holds a MSc in Science & Engineering from Ponts & Chaussées and a MBA from Collège des Ingénieurs.